Some of you might have heard of a book called Purple Cow by Seth Godin. It has a simple message: build remarkable things, because the world is full of mediocrity.

Often the ‘purple cow test’ is the most stringent possible for a new idea. An idea can seem eminently sensible, but unless it captures the public imagination then it’s a waste of time (in the commercial sense at least).

So how does someone come up with a great idea? There’s no single answer, but there are a few tools which you can use to prime yourself for thinking outside the box. The first is the 30 Circles Test, where you have to adapt as many of the circles as possible into objects of some form (I recommend you give it a try — it’s fun!). 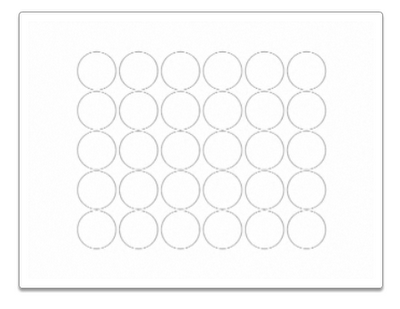 Another is to close your eyes and think of a bear. Now think of another bear. And another bear. Keep going until you’ve imagined 10 different bears. Are you thinking outside the box yet?

This is the key to purple cow innovation. It’s about avoiding the lazy habits that people fall into. Everyone can be creative - they just have to push their minds beyond the immediately obvious.