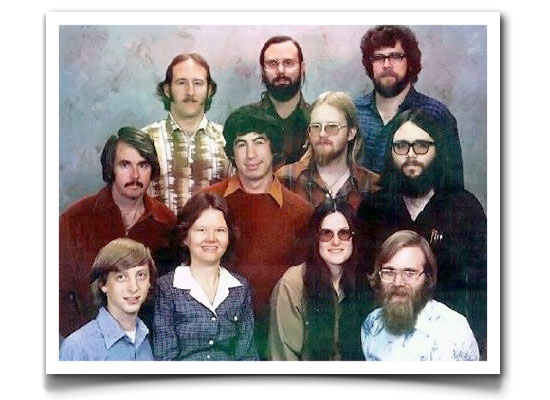 Why are startups fundamentally different from established firms? It’s because of the people they employ. I like to call them startup people.

Who are startup people?

In order to understand who startup people are, lets consider a typical early stage startup for a moment and write a job spec for a potential early employee.

What sane person would take this job? I mean really - you’d have to be nuts, right?

So now we’ve identified that most early startups will be full of startup people, how should you go about recruiting in your own early stage startup?

It’s simple - make sure you’re well connected in the local startup community by going to meet ups, and meeting other people interested in startups.

There a literally dozens of such meet ups in a city of a reasonable size, such as London.

All of this might seem obvious, but to help illustrate things further we’ll consider the flip side of the coin - trying to create a startup with non-startup people, who don’t have any intrinsic motivation to be part of a startup.

I’ll give you one example which my friend told me when trying to start a new company. He needed a business person on board, and began speaking to some potential candidates, who initially seem interested. However, their intentions soon became clear. They were currently in the job market, and had applied for the traditional career advancing roles in large companies, and were just treating the startup opportunity as a fall back measure. If, and only if, they couldn’t get a comfy job at a large firm would they work at the startup to fill their time. This is absolutely awful - these people should not even be considered.

A lot of people are like this - and who can blame then? Working for a startup is certainly a much riskier proposition. This makes startup people a rare bread, and once a business begins to gain scale, it needs to look beyond startup people to the general job market for employees.

By this stage the startup will likely have raised some money, and have had some initial sales, making a job with them less risky.

Lets not think that startup people are saints. I don’t believe anyone would work for a startup at below the market rate for an extended amount of time, working long and hard just to line the pockets of the founders.

At some point a line would be crossed where the startup person would say ‘enough is enough - it’s been fun, but sayonara!’

This is where share options become absolutely critical. If the startup people can’t share in the ultimate success of the business then I ultimately believe that their time at the company will be short.

Also, by the time non-startup people are brought into the business, the startup people must be paid the proper market rate for their role.

As the team is pretty much the number one most important thing for a startup, it’s really important to get it right.